Q: Is It Normal for Everyone in the Family to Have an Eating Disorder?

A: Eating disorders are serious and often life threatening diseases, and there is scientific evidence to show that they do run in families.  It is not “normal”, however, for anyone to have an eating disorder. There can be an hereditary source for the problem or a biochemical reason such as too much serotonin, a neurotransmitter frequently involved in depression, or cortisol, a stress hormone.  People may become anorexic or bulimic as a response to psychological stress, poor family relationships, sexual abuse, or bullying, for example, to regain control of their lives.  Adolescence in certain sports, gymnastics or dance, can be at particular risk because of the pressure to maintain a certain weight or body type.  Eating disorders are rarely just about food or being thin, but are rather a response to environmental or biological factors and a desperate attempt by the individual to feel better.  Of course, this maladaptive coping only makes things worse.  Families which stress physical appearance and talk about dieting and losing weight may put other family members at risk as well. People can have an eating disorder and look to be a normal weight but they may be constantly comparing themselves to others and feel ashamed of their eating habits or appearance.  If you think that you or someone else has an eating disorder it is important to get help as soon as possible. Early intervention is essential. 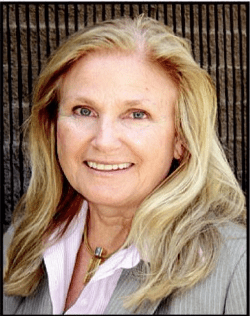 Q: I’d like to schedule an appointment with Dr. Woods. How do I do that? A: My practice serves the Capital Region […]

Q: My husband died several years ago and I can’t seem to ﬁnd any happiness or peace since. I know these things take time but […]

Q:Can Chronic Fatigue Syndrome and Depression be related and how are these conditions treated? A:Chronic fatigue syndrome (CFS) and depression share […]

Q: Should You Confess Your Secrets? Can telling lies or hiding painful truths within a family be dangerous? A: Truthful, accurate knowledge is all […]